After a lull afforded by the , swarms of seems to have been unleashed upon the city’s roads. To counter this, the city traffic police have decided to have all hands on deck with a majority of their workforce deployed on roads to ensure visible policing.

Joint Commissioner of police (Traffic) B Ravikanthe Gowda told Bangalore Mirror, “We are focusing on visible policing and contactless enforcement. We won’t be deploying all our men at one time in all parts of the city. Depending on traffic density and violations across traffic police divisions, we will increase reinforcement,” Gowda said.

DCP Traffic North VJ Sajeeth said the motorists became lax as during the lockdown and later very few policemen were manning the streets, so they got used to breaking the rules. “Now we will deploy more policemen to make the motorists get a feeling that they are being watched. We are also focusing on contactless enforcement – booking offences without stopping the offending vehicle or its user and issuing challans,” he said.

Data available with the Traffic Management Centre shows the (BTP) has 44 traffic police stations within the city commissionerate with seven sub-divisions and three divisions with a present strength of over 4,300 personnel against the sanctioned strength of around 5,300.

“We have instructions from our superiors to deploy a majority of our staff on traffic duty,” said a senior traffic police inspector attached with East Division traffic.

Another officer said, “As everything is open now, we are seeing a large number of vehicles on the roads as only few people are taking public transport when compared to pre-covid times.”

Five years ago, a report by the Police Research and Development wing under the Home Ministry had suggested that there should be at least one traffic personnel for every 700 vehicles. “Bengaluru now has more than 80 lakh registered vehicles and as per the report, the number of traffic police personnel should be around 11,500, but the current strength is less than half of that. Now due to the covid situation, bandobast duties have become lighter so we can use the men for traffic duty,” a police officer said. 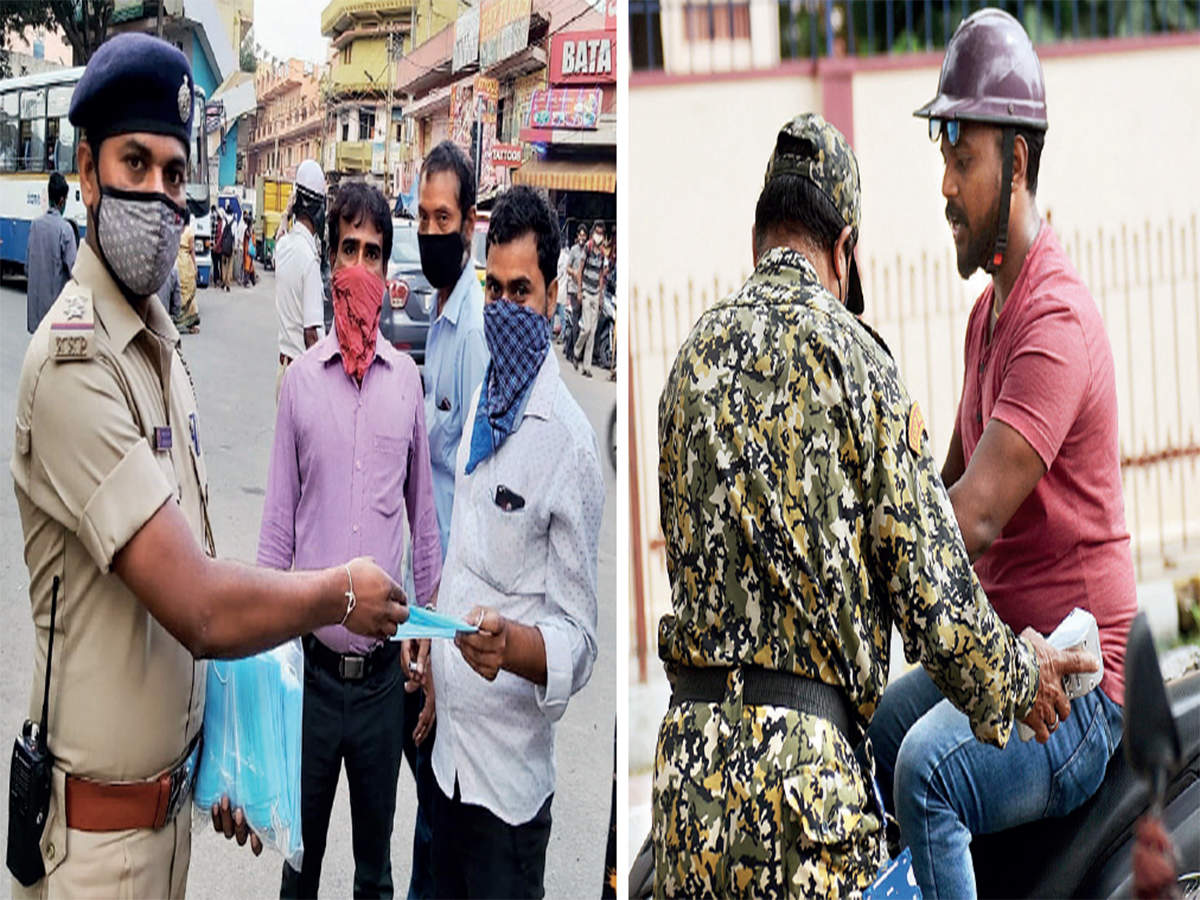 Covid strikes a hard blow in some families

P Kumar, 43, a resident of Bagalagunte ward, was running a fever for two days. When he was taken to a private hospital, he was admitted and he tested positive for covid.

Earlier, the BTP had installed mannequins dressed as with reflector jackets at around 200 traffic junctions in the city. “This was also a concept of visible policing, but now we are doing it for real,” the officer added.

If motorists continue to violate rules, then the traffic police plan to get more strict by writing to RTOs about cancellation of their driving licences.

Around 1,100 CCTV cameras are installed in the city to monitor traffic round-the-clock. Adaptive signals are also in place which read traffic patterns from video feeds and determine timings of signals. “With the increased number of vehicles on the road, managing traffic at around 35 junctions which have adaptive signals becomes easir for our men,” said DCP Traffic East M Narayan.

Automatic red light violation detectors (RLVD) are also installed at 10 busy junctions which capture violations along with license plates of vehicles. Along with this, interceptors and speed guns are also used on major roads to keep a check on speeding, the officer said.

Karnataka Congress takes a jab at BJP over...

Tax and the city

Karnataka: Health workers will be first to get...

Karnataka on free distribution of Covid vaccine: Will...

Karnataka: BJP is silent on cabinet berth for...

Hi there, I'm Vincent. I love travelling around the world and taking photos of precious moments.

Hi there, I'm Vincent. I love travelling around the world and taking photos of precious moments.